The Secret Life of Oscar Wilde 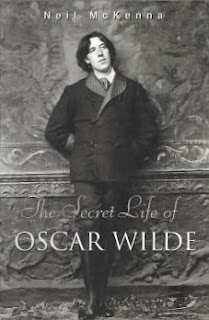 Neil McKenna's The Secret Life of Oscar Wilde came out sixteen years ago, when there was already a bookcase full of Oscar Wilde biographies, but McKenna boldly ventured into Oscar's sex life in ways that most previous biographers had avoided. And McKenna turned up lots of sources previously untapped, like the voluminous diaries of George Ives, who recorded all sorts of confidences from his friends Oscar and Bosie. The end-result makes previous biographies seem almost G-rated. I'm glad to read all the details of the lives of Oscar and his many friends. Occasionally, though, there are some conclusions by McKenna that seem to stretch the facts a bit (e.g., McKenna takes as fact that Oscar was one of the authors, if not the major author, of the infamous pornographic novel Teleny, and though many Wilde scholars had questioned the evidence for Oscar's involvement and found it inconsistent and unreliable, McKenna does not mention any of it). Still, it's an important book for anyone interest in the whole British 1890s milieu.

Posted by Bibliopolitan at 7:45 PM