A Cure for Gravity 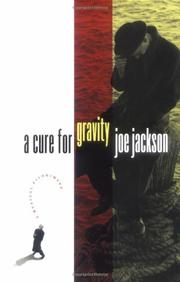 I saw Joe Jackson and his band perform twice, the first in 1979 in a huge concert when his popularity was in rapid ascent, the second in a  small venue some years later when it had precipitously declined.  I've admired his music for years, though I haven't kept up with his recent work of the past few decades. A Cure for Gravity, published in 1999, is a kind of musical coming of age story. It's well written, and engaging, but it basically only covers Jackson's musical life until he was 25 and had just issued Look Sharp in 1979. I really wish it would have continued at least through his albums of the 1980s.  As it stands, one gets a rather selective view of his life. He writes a bit about his ambiguous sexuality, but only tells of his girlfriends and wife. No hint of his coming out via the double album Night and Day, and how his sexuality (and other aspects of his life) affected his music. I'm glad to have read it, especially for Jackson's views on the early London punk scene and his considered reflections on finding his own place as an artist and musician.

Posted by Bibliopolitan at 6:08 PM

Email ThisBlogThis!Share to TwitterShare to FacebookShare to Pinterest
Labels: A Cure for Gravity, Joe Jackson